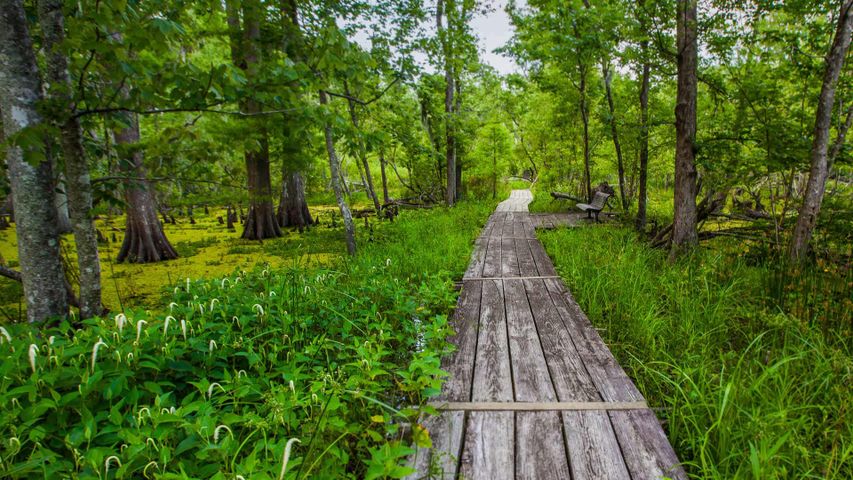 Barataria Preserve is one of six distinct locations that make up Jean Lafitte National Historical Park and Preserve. The wetlands and bay at Barataria are also tied closely to the history of this portion of the Mississippi River Delta. Barataria Bay was where the well-dressed pirate Jean Lafitte and his brother Pierre built a port so that the goods they stole from ships in the Caribbean—or sometimes bought on the black market—could be brought ashore and sold to locals living in the region in the late 18th and early 19th centuries. Jean Lafitte and his comrades also helped to defend New Orleans against the British in the final battle of the War of 1812. These days, he’s chiefly remembered for his heroism in the Battle of New Orleans and for the jobs and goods he provided in the region, making the erstwhile pirate a folk hero of a sort, and famous enough that a National Park was named for him.