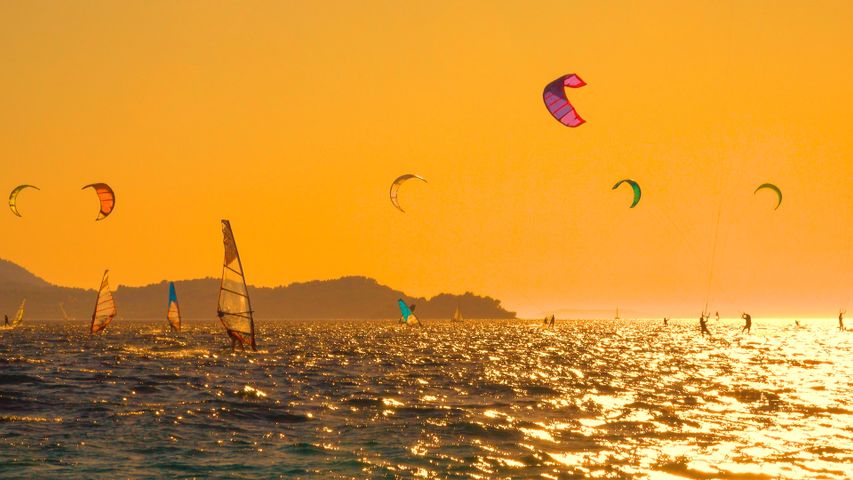 Add wind, combine with water, and you’ll get.... Kitesurfing and windsurfing in Croatia

Of the many ways people have invented to ride boards of one kind or another, the sport of kiteboarding or kitesurfing is one of the newest. It owes a debt to all the board sports that came before it, borrowing a little bit from snowboarding, water skiing, wakeboarding, and of course windsurfing. Like snowboarders and skiers, windsurfers and kitesurfers often share playspace, as they are doing here off the Peljesac Peninsula in Croatia, where you can count on a stiff afternoon breeze in the summer months when the land heats up and draws in the cool ocean air of the Adriatic.

Kiteboarding began to evolve in the 1990s. By separating the sail—in this case the kite, which is similar to a glider—from the board, kitesurfers gained more freedom to maneuver. The kites are inflated, giving them structure and the ability to float should they land on the water. Kiteboards meant to surf waves are pointed at one end; boards meant to ride over flat water are shaped the same at both ends.