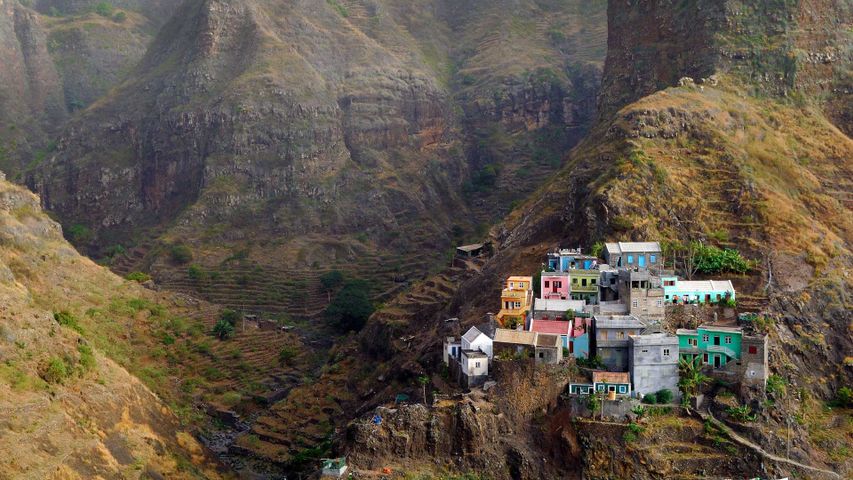 The village of Fontainhas is perched on the hillside here on Santo Antão, one of the most mountainous islands in the Republic of Cabo Verde aka Cape Verde. The country consists of a series of volcanic islands located about 350 miles off the western coast of Africa. Portuguese explorers colonised the islands in the 15th century and remained in control until 1975, when the country gained independence. These days, it’s known as one of the most stable democracies in Africa.