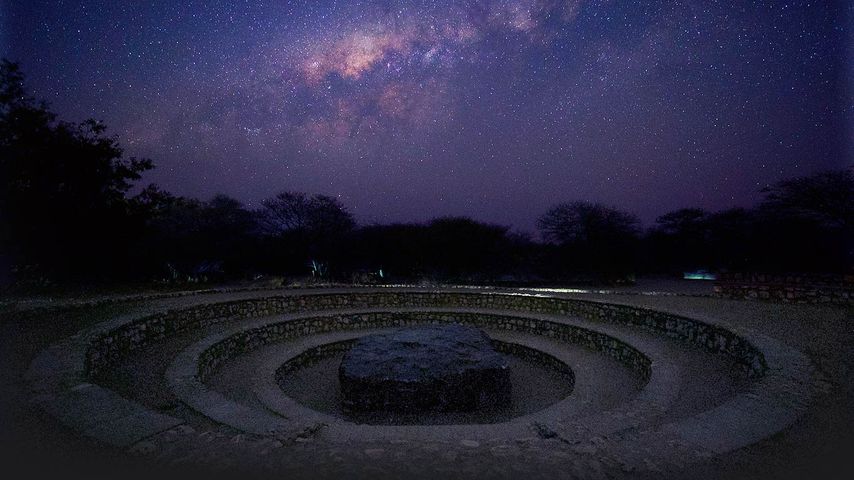 At more than 66 tons, this is the largest known meteorite on Earth. Stories vary about the discovery, but we know that in 1920, a farmer named Jacobus Hermanus Brits found the massive space stone on his property in northern Namibia. Scientists examined a sample he sent them and determined that this mostly iron behemoth crashed to the ground approximately 80,000 years ago. The Hoba meteorite is protected now as a national monument, and the grounds around it get the same protection, so that visitors can see in person this unusual alien visitor.

Memorial at the Juno Beach Centre in Courseulles-sur-Mer, France