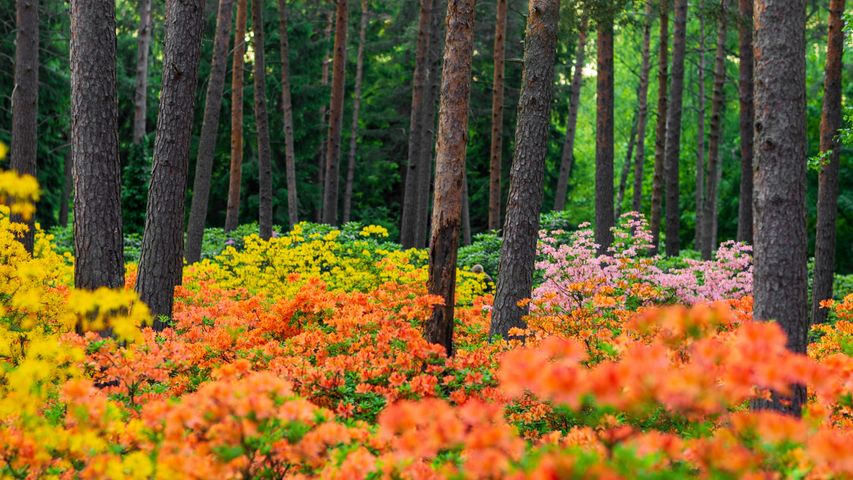 In early June, if it's a 'good' year, people in Western Helsinki get treated to bursts of color at the Haaga Rhododendron Park. Started in 1975 as a research location for the University of Helsinki, the plan was to create rhododendron plants that would thrive in Finland's northern climate. And, boy, did they. Around 3,000 specimens of a Japanese variety of rhododendron were originally planted, then selectively bred to produce eight new varieties of 'rhodies' over the years.

In 1996, the park was expanded to include azalea plants, which are also in the rhododendron family and bloom at the same time. The research garden now doubles as a public park that is visited by thousands of locals and tourists every summer. Since the gardens were originally planted, it's been observed that the blooms fluctuate. A vibrant year is usually followed by a more modest one. So, if you're 'rhodo-loco' and planning on making the trip to check it out, try to time it right.

Memorial at the Juno Beach Centre in Courseulles-sur-Mer, France