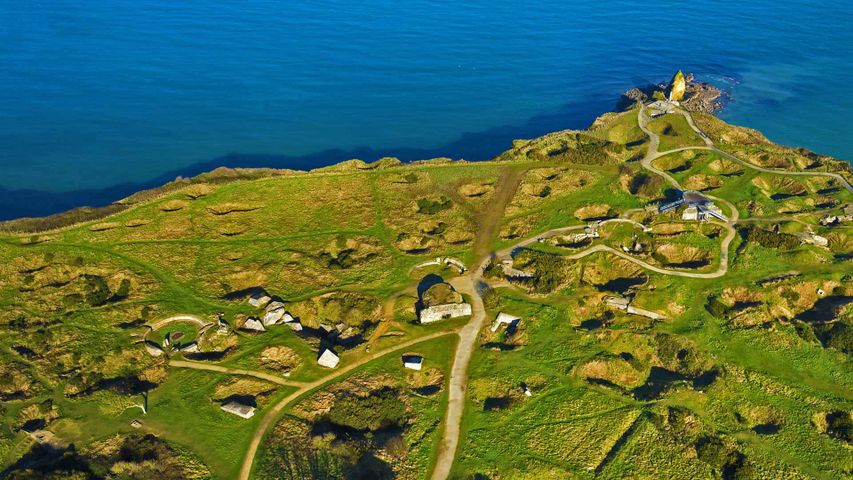 Any day in which a combat operation is launched can be called D-Day, but for most Americans 'D-Day' is shorthand for the seaborne invasion that took place here, at the Normandy beaches on either side of Pointe du Hoc, France, on this day in 1944. The operation took 13 Allied nations roughly a year to plan, with Britain, Canada, and the US joining together in an amphibious assault on a 50-mile stretch of the Normandy coastline. The immediate goal was to take out the German battlements constructed here on the clifftop of Pointe du Hoc. Allied casualties surpassed 10,000 in the brutal combat of D-Day. But this decisive Allied victory turned the tide of the battle on the Western Front, helping to drive back Nazi occupation.

Remains of a Mulberry harbour from the D-Day invasion, Arromanches-les-Bains, Normandy, France