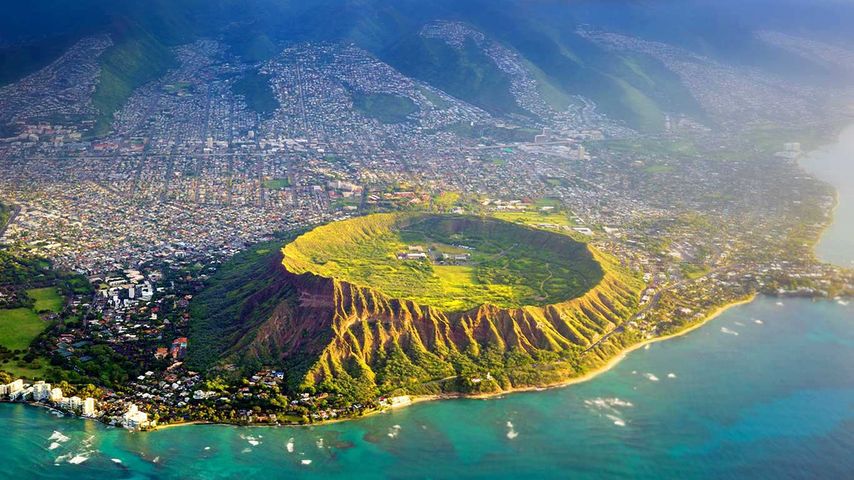 Geologists estimate that the volcanic tuff cone on the south shore of O’ahu formed about 200,000 years ago. The symmetry of the cone indicates that the eruption was probably short compared to other cones and lava fields on the island. After the United States annexed the Territory of Hawaii in 1898, the US Army established Fort Ruger in, on, and around Diamond Head to protect the region. Today, only a few remnants of the fort remain, but the Hawaii National Guard uses parts of the site for training purposes. Diamond Head is now a state monument and a national natural landmark that is popular among visitors who hike along the rim and down into the volcanic cone.