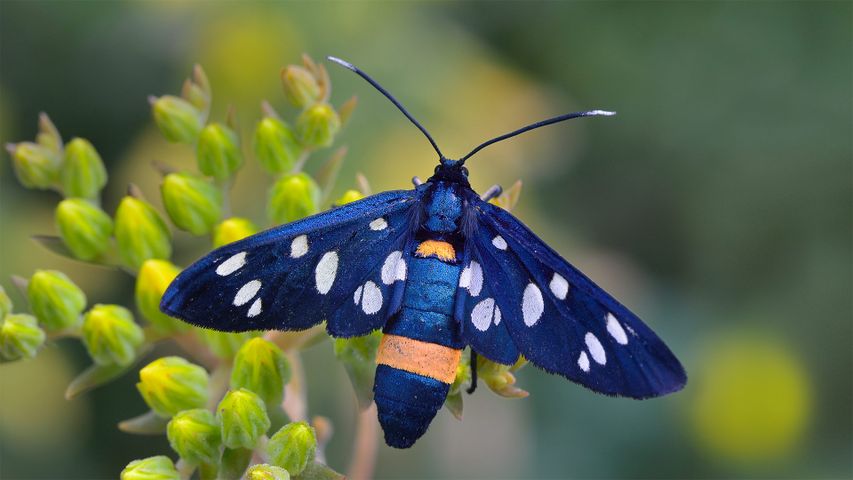 The moth wonderful time of the year

You're forgiven if this is the first you're hearing of National Moth Week, even though it's been going strong for eight years as a global call to learn about and observe the fuzzy little insects. All too often dismissed as pesky, drab counterparts to our brightly fluttering friends the butterflies, moths seem to hog every light but the spotlight. But they don't need flashy marketing to win the numbers game: With an estimated 160,000 moth species (though some estimates go up to half a million), they vastly outnumber their swaggering butterfly cousins in the Lepidoptera order.

Plus, as the nine-spotted moth in today's image proves, butterflies don't have such a wing up on pretty patterning as you might think. The moth's orange stripes and white flecks across its 3.8-centimetre wingspan make it one of many moths that show aposematism, biologist-ese for colourful visual features that say 'I taste bad' to predators but 'I look cool' to humans. And that's not all moths can tell us: Moths are important bioindicators, meaning a healthy moth population in most cases indicates a healthy environment. So as National Moth Week kicks off today, consider leaving the porch light on a few nights to see what kind of moth-ley crew swarms to your door.