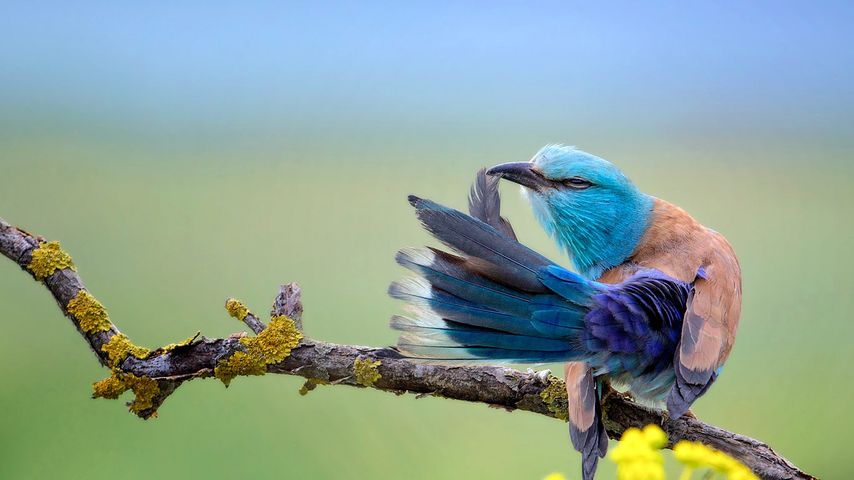 Most birds in the roller family - so named for their acrobatic flying - live in the warm climates of Africa and the Middle East. But the European roller, seen cleaning its wing feathers here, spends half of its time in Europe. The bird migrates from as far as South Africa up into the Northern Hemisphere to places such as Bulgaria and other eastern and southern European locales, where it spends mating season. Can you blame this colourful flier for a romantic European vacation? If we had wings, we’d travel a lot more too.