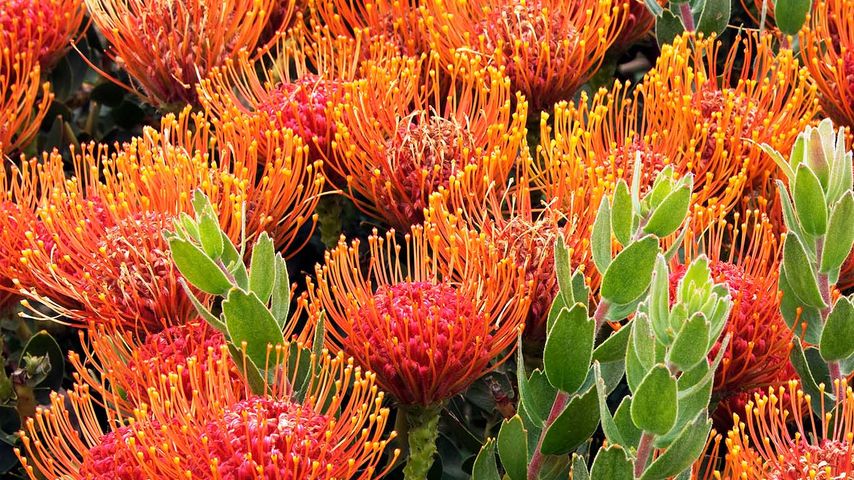 While pincushion plants are native to South Africa and Zimbabwe, this lovely little patch seems to be blooming just fine pictured here, near the Bay of Fires on Tasmania’s eastern coast. Pincushion flowers belong to the diverse Proteaceae family that thrive across the Southern Hemisphere, including banksias and grevilleas in Australia. Their intriguing official scientific “surname” is derived from the work of famed Swedish botanist Carl Linnaeus, known as the “father of modern taxonomy” who labelled one variety as “protea” after Proteus, a deity of ancient Greek mythology known for his ability to change shape at will.