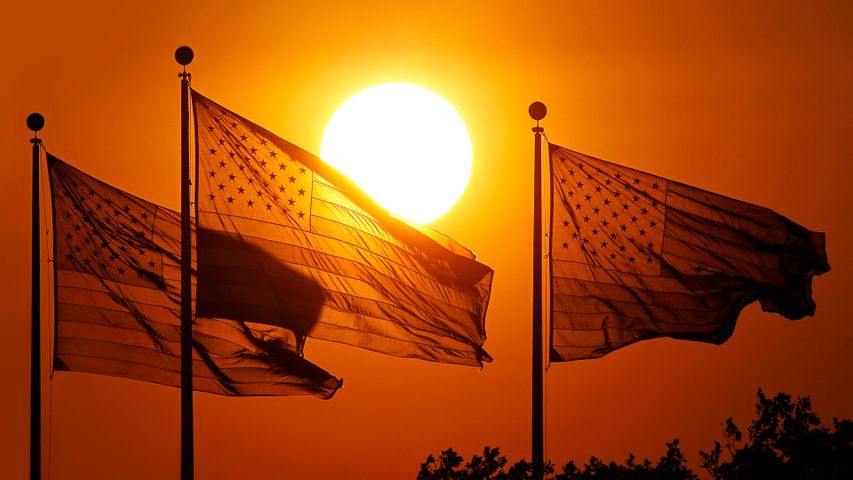 June 14 is Flag Day, which commemorates the official adoption of the American flag in 1777. Our nation’s first flag had 13 stars and 13 red and white stripes to represent the original 13 colonies that broke from British rule. The stars were arranged on a blue background to represent a ‘new constellation.’ In 1795, as Vermont and Kentucky joined the Union, two more stars and two stripes were added. It was this version that served as muse to poet Francis Scott Key, who penned the poem that would later serve as the lyrics for ‘The Star-Spangled Banner.’ He wrote the words after watching the flag fly over the Battle of Baltimore during the War of 1812. The flags in our image are rippling over Liberty State Park in Jersey City, New Jersey.