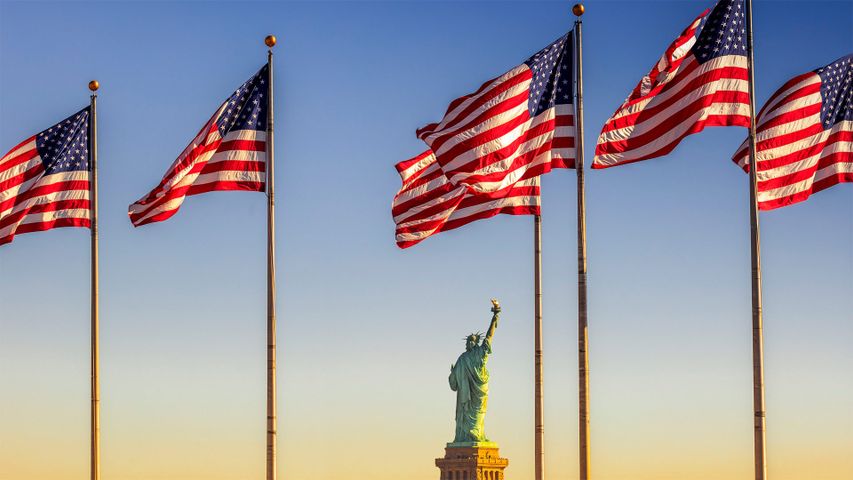 June 14 is Flag Day, which commemorates the adoption of the flag of the United States in 1777. Our nation's first official flag had 13 stars and 13 red and white stripes to represent the original 13 colonies that broke from British rule. The stars were arranged on a blue background to represent a 'new constellation.' In 1795, two more stars and two stripes were added to reflect the entry of Vermont and Kentucky to the Union. Then in 1818, Congress passed a plan to go back to 13 stripes and add only stars for new states. The current version of the flag has been in effect since 1960, after Hawaii became a state the prior year. The flags we're looking at here are flying in New Jersey's Liberty State Park, with the Statue of Liberty in the background.