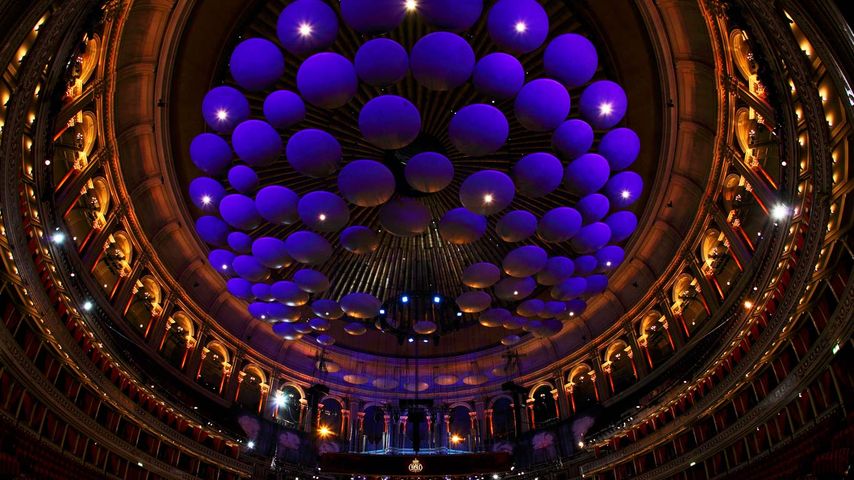 You're looking at acoustic tiles on the ceiling of the Royal Albert Hall in London, one of the most famous buildings in the world. Opened in 1871, Queen Victoria dedicated the hall to her husband, Albert, who died six years before. The building was intended as a ‘Hall of Arts and Sciences,’ not a concert venue, so acoustics weren’t a primary consideration in its design. Nevertheless, a concert was performed immediately after the hall’s inauguration, and a strong echo of the music so tormented audience members that problems with the building’s acoustics soon became infamous. It was often said that the Royal Albert Hall was 'the only place where a British composer could be sure of hearing his work twice.'

The earliest attempt to remedy the hall’s acoustics involved a large canvas awning suspended below the dome, which helped, but was still deemed inadequate. The awning was replaced by fluted aluminium panels in 1949, but they too did little to mute the echo. Finally, in 1969, these blue acoustic diffusing discs were installed below the aluminium panels. The 'mushrooms' or 'flying saucers,' as they’re commonly called, improved the hall’s acoustics dramatically while adding a stylish modern flair to the Victorian landmark.