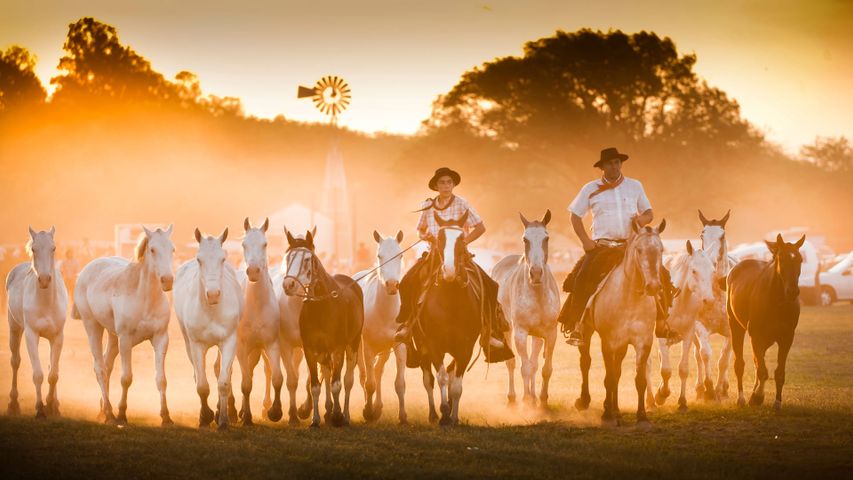 Gauchos are a national symbol here in Argentina, which celebrates its independence today, 202 years after it broke free from Spanish rule. These gauchos are showcasing their skills in the town of San Antonio de Areco, home to an annual gaucho festival that draws people from all over. The gauchos gather to share traditional food, folklore, and competition. Since the 18th century, gauchos have been known as skilled, brave horsemen and their exploits are celebrated in South American literature and popular culture.