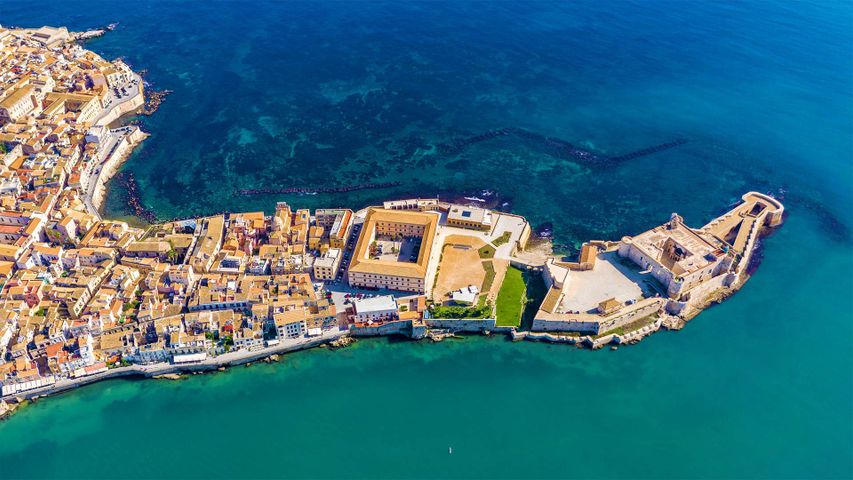 A center of antiquity on the Mediterranean

This bird's-eye view lets us take in the charms of Ortygia, a small island just offshore from Syracuse, on Sicily's east coast. Ortygia is considered Syracuse's 'old town' and the historical heart of the city. Two bridges cross the narrow channel that separates Ortygia from Syracuse. Ancient Greeks first colonized this island in the 8th century BCE, and the town is brimming with 2,700 years of history. Walk Ortygia's web of narrow streets and you'll see Greek and Roman ruins, medieval Norman buildings, and examples of Baroque architecture as well.

An ancient Greek hymn tells of the goddess Leto's sojourn at Ortygia, where she gave birth to her twins, Artemis and Apollo. Visitors today can pay homage to the mythology with a visit to the Temple of Apollo, which dates from the 6th century BCE, making it the oldest Doric temple in Sicily. But for some, the most magnificent attraction of Ortygia is the cerulean Mediterranean Sea, which surrounds the island in a shimmery blue.