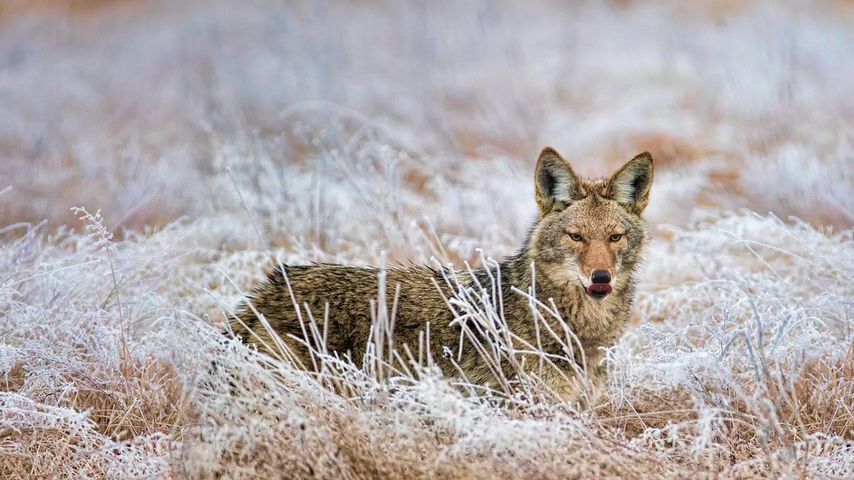 Coyotes are an extremely adaptable species, closely related to gray wolves and domesticated dogs. Though the largest populations remain in the wilderness, the past decade or so has seen an increase in urban coyotes. This coyote was photographed in Marymoor Park, a large park in Redmond, Washington, less than 20 miles northeast of Seattle. Humans living in suburban and even densely populated urban areas are reporting more frequent sightings of coyotes. With few predators (besides humans) in populated areas, urban coyotes capitalize on the food sources available near human settlements.