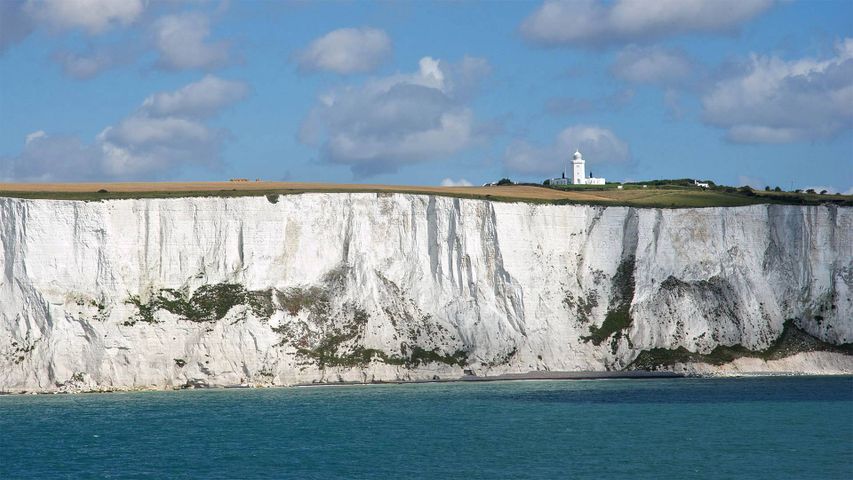 Of balloons and lost pantaloons

We all fly by the seat of our pants now and then, but how about flying with no pants at all? That was the plight of Jean-Pierre Blanchard and John Jeffries, who on January 7, 1785, made history over these chalk cliffs with the first aerial crossing of the English Channel. When their hydrogen-filled balloon dropped altitude due to overloading, the two tossed all the cargo they could into the drink below, britches included. Reaching France in their underpants, the undoubtedly chilly pilots still received a warm welcome.

Known worldwide as an emblem of England, the White Cliffs of Dover rise 350 feet over the strait where Blanchard and Jeffries made their crossing. The white chalk and gray-black streaks of flint match geologically with shorter cliffs on the French side—evidence of a land bridge that existed long before we primates got the notion to fly. Of course, even soaring over the waves is a bit outmoded now that you can zip under them in the Channel Tunnel, which has its entrance just down the coast.