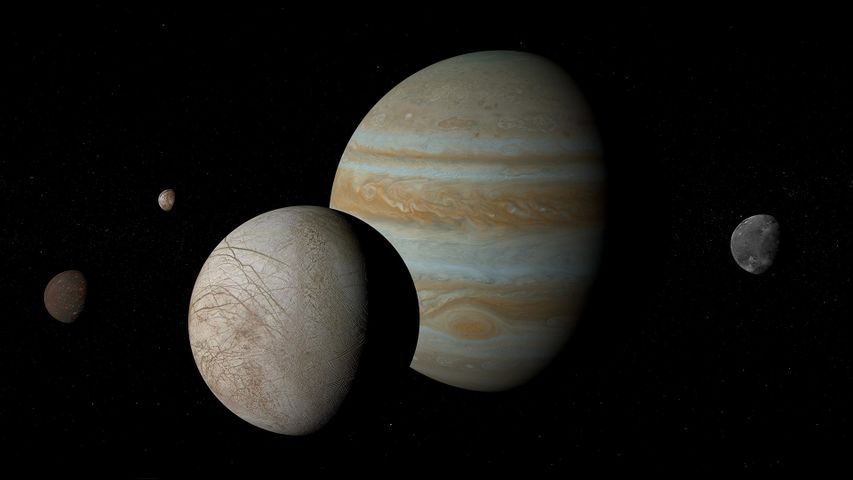 Jupiter and the Galilean moons

On January 7, 1610, Galileo was the first person to train a telescope on Jupiter—and what he saw surprised him. Strung in a line beside the planet were three tiny stars, one to the left of the planet and two to the right. But when he observed the formation the next night, he saw that now all three were on the same side of Jupiter. Over the following week, he watched as the tiny stars (now joined by a fourth) changed their position relative to the planet while remaining beside it. By January 15, he had it figured out: he was observing four moons orbiting Jupiter.

It was a discovery that would have profound implications on our conception of the cosmos, providing crucial evidence that Earth was not the center of the universe around which everything rotated. Savvy as well as brilliant, Galileo named the four moons 'the Medicean Stars' after his patron, Cosimo II de' Medici. But over the years, as the influence of the Medici family waned and the influence of the genius from Pisa waxed, they became known as the Galilean moons: Io, Europa, Ganymede, and Callisto. These four moons are pictured here revolving around Jupiter in a composite of images taken by the Galileo spacecraft.