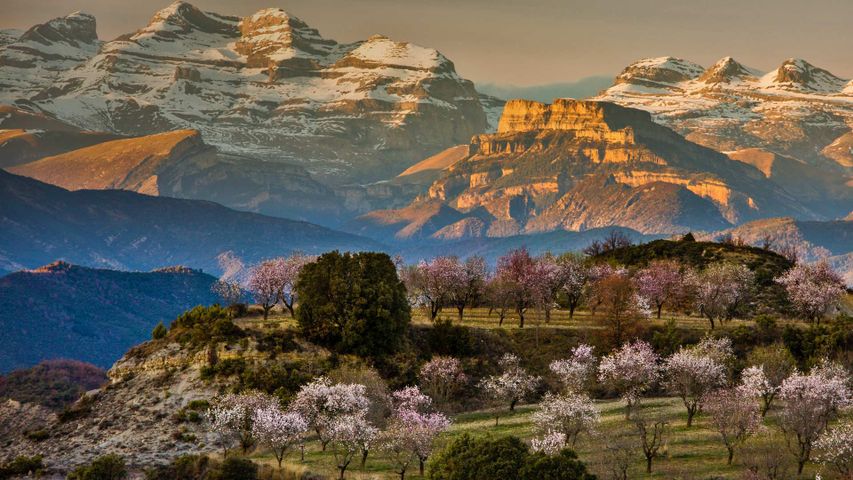 The Pyrenees mountain range forms a natural border between Spain and France, separating the Iberian Peninsula from the rest of continental Europe. This photo shows the foothills characteristic of the Spanish side of the Pyrenees, in the province of Huesca, along the central portion of the range. Like communities in the Alps, many of the villages in this region of the Pyrenees are agrarian, with sheep and cattle herds heading up into the mountains in spring to graze over the summer.