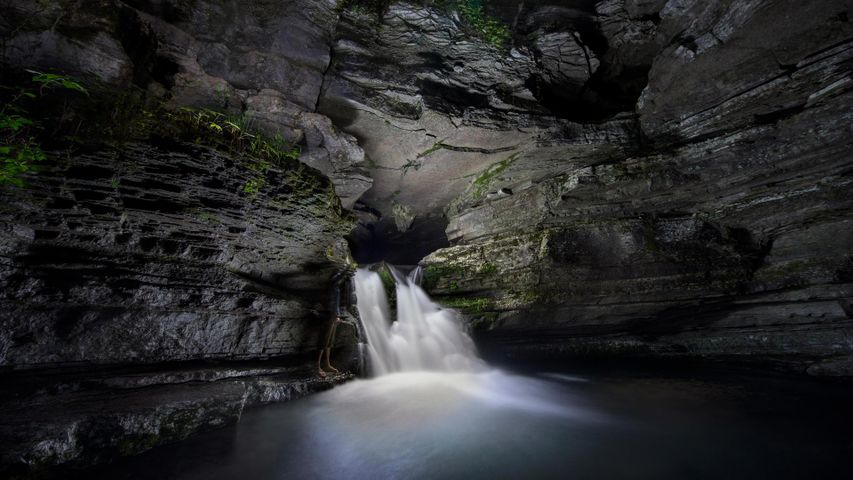 Most photos of the caverns in the Ozark-St. Francis National Forest depict the stalagmites and stalactites of the underground portion as two of the three caverns are open to the public for tours. But this night-time photo - aided by a long exposure and some artificial light - highlights the variety of scenery visitors to the area will enjoy. The caverns, known for years to locals as ‘Half-Mile Cave’, have been open for guided tours since 1973. There are three distinct levels to the caverns that are still intact. The upper two levels have opened up, thanks to years of erosion, and are now deep valleys on the approach to the remaining caverns.