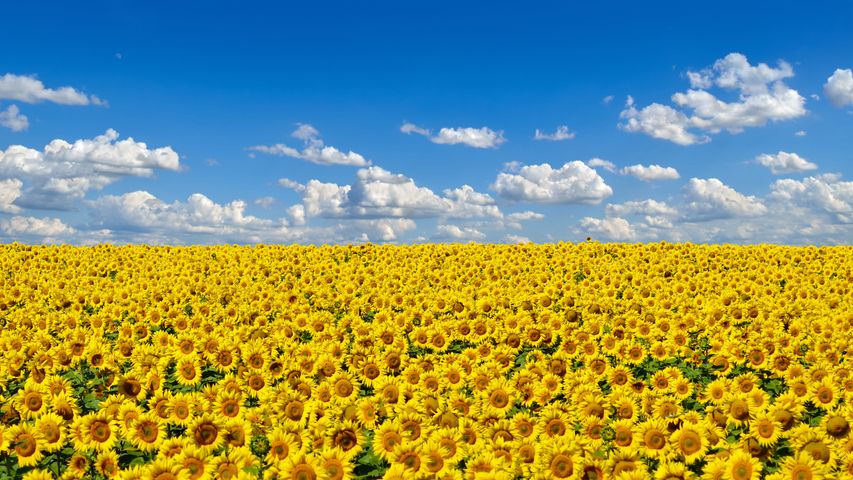 We stand with Ukraine

Ukraine grows so many sunflowers they've become regarded as the country's national flower - and recently, as a symbol of resistance. Just like sunflowers standing tall against a blue sky, the people of Ukraine are holding strong while an unlawful invasion threatens their democracy. As Ukrainians battle for their nation's existence, millions of people have been forced to flee their homes to an uncertain future.

As millions march in the streets waving the Ukrainian flag - a band of blue over yellow, recalling clear skies over golden fields like this one - we're joining them in solidarity with a brave people. Click 'How you can help' below to learn more about aiding people affected by this tragic war.