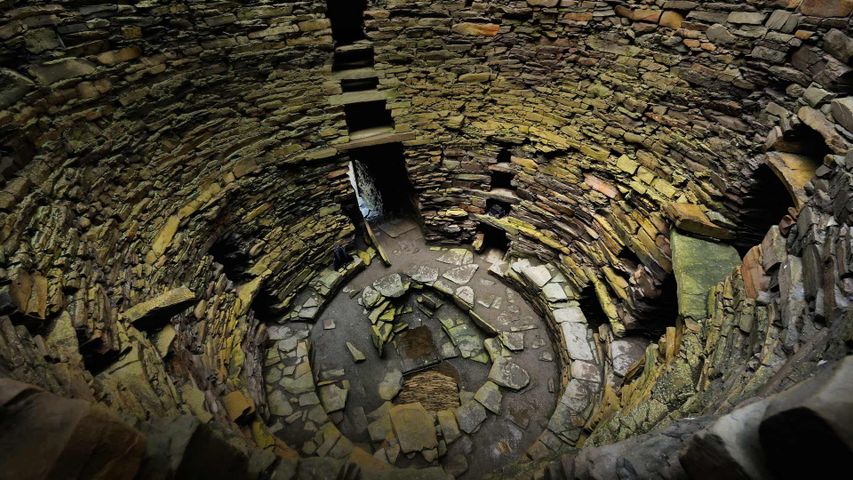 At about 43 feet tall, the Broch of Mousa is shorter than the other brochs scattered across Scotland, but still impressive for such an ancient structure in this forbidding landscape. Archaeologists and historians aren’t sure if these Iron Age stone towers were used for defence, farming or habitation. The Broch of Mousa, like the others, is a heavy stone tower without a roof. It has a single entrance and is a dry-stone construct - no mortar was used to hold it together. The broch’s sturdy construction and distant location in the Shetland Islands are likely the reason it’s still standing centuries later.