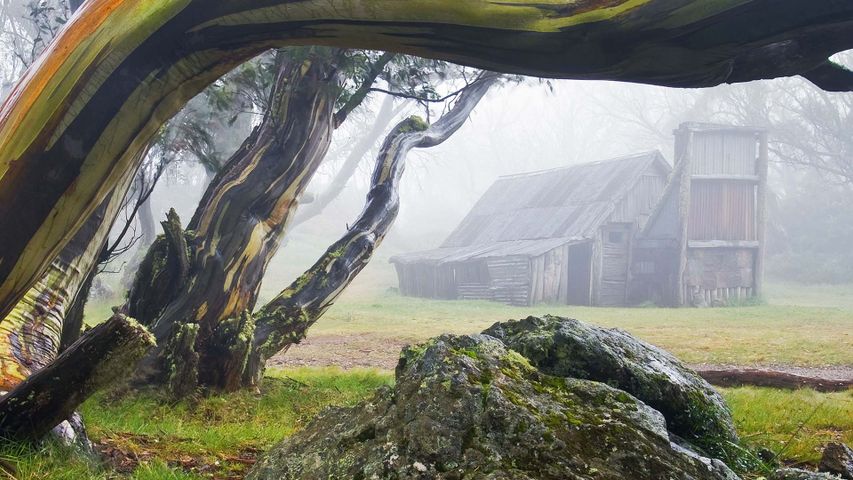 Wallace Hut is the oldest hut still standing in Alpine National Park, northeast of Melbourne in Victoria, Australia. The humble highland home was built by cattle farmers Arthur, William and Stewart Wallace in 1889 with timber from the surrounding snow gum trees. The Wallace brothers lived in the hut over spring and summer after droving their herd to nearby high country plains, allowing their lowland pastures to recover from autumn and winter grazing. After the Wallace lease expired, Victoria’s electricity commission claimed the hut as housing for its employees, replacing its original wood-shingled roof with corrugated iron and adding a fireplace in the 1930s. Nowadays, the Wallace Hut area is a popular picnic spot where visitors may still enter this rustic and well-preserved abode for a look inside.