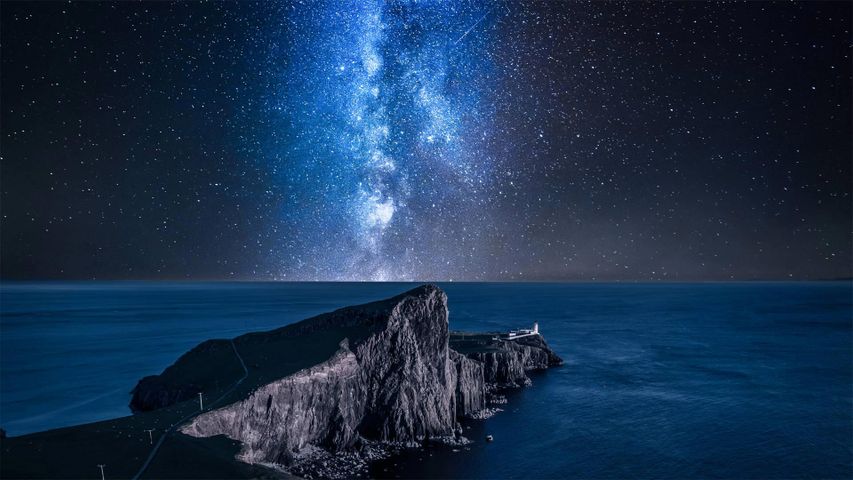 Step into the dark

The Isle of Skye is one of several parts of Scotland that are set aside as Dark Sky parks, where the lack of artificial light makes stargazing a spectacular event, with or without a telescope. First observed in 2003, International Dark Sky Week was the brainchild of then-high school student Jennifer Barlow. Her goal was to bring awareness of the impact of light pollution on people and the environment. Her efforts have made it a worldwide event and a centrepiece of Global Astronomy Month.