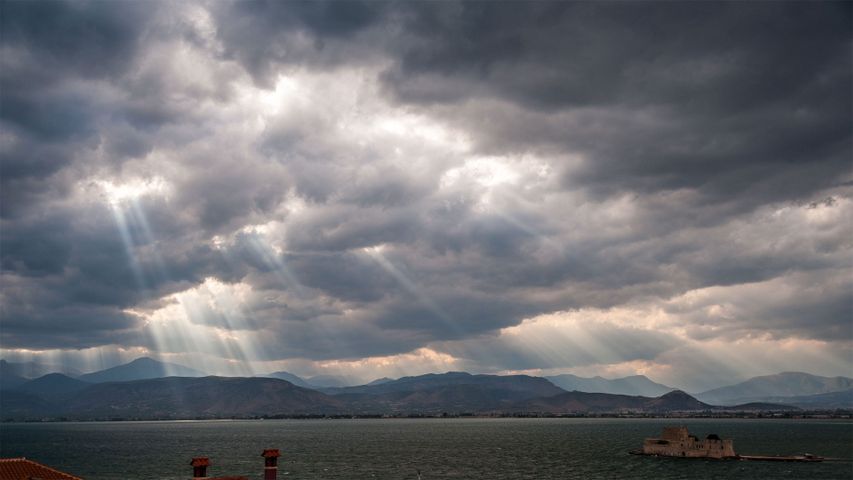 This image of sunbeams shining through breaks in the cloud cover was captured over the Saronic Gulf off the coast of Greece. You don’t need to travel to the Aegean Sea to see this phenomenon in action, as it happens all over the world. Crepuscular rays, as they’re called, are more likely to happen at dawn or twilight, when the shade and color of the horizon and clouds usually contrast more visibly with sunlight. The ancient Greeks called crepuscular rays ‘sun drawing water’—reflecting their belief that the rays of light were pulling water up from the sea.