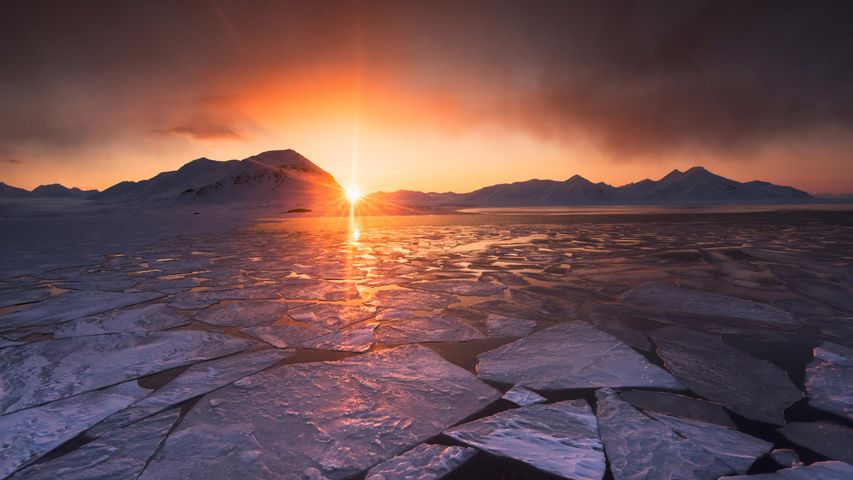 Don't lose your sunglasses! At least not during this time of year in Svalbard, Norway, when the sun crests the horizon and never dips below it again for more than four months. From about April 19 to August 23, it's nothing but sunshine in this island chain above the Arctic Circle, more than 500 miles north of mainland Norway. It's not quite a day at the beach, with average summertime high temps of 39 to 45 degrees Fahrenheit (toasty compared to average wintertime temps of 5 to 9 degrees). And who knows how far it is to the nearest Ray-Ban store?

Norway is one of eight nations in the Northern Hemisphere that experience the phenomenon known as the 'midnight sun' (but the only one that lays claim to the name 'Land of the Midnight Sun'). Parts of the United States (Alaska), Canada, Iceland, Finland, Sweden, Russia, and the Kingdom of Denmark (Greenland) also see the sun at local midnight during the summer months. In these northernmost climes the path of the sun is often cause for celebration. Svalbard celebrates Sun Festival Week when the sun first emerges in early March. St. Petersburg, Russia, is renowned for its White Nights of endless twilight, and Midsummer is a huge outdoor party in many northern nations. You'll want to get your sunshine while you can, because the endless dark of the polar winter lasts just as long.