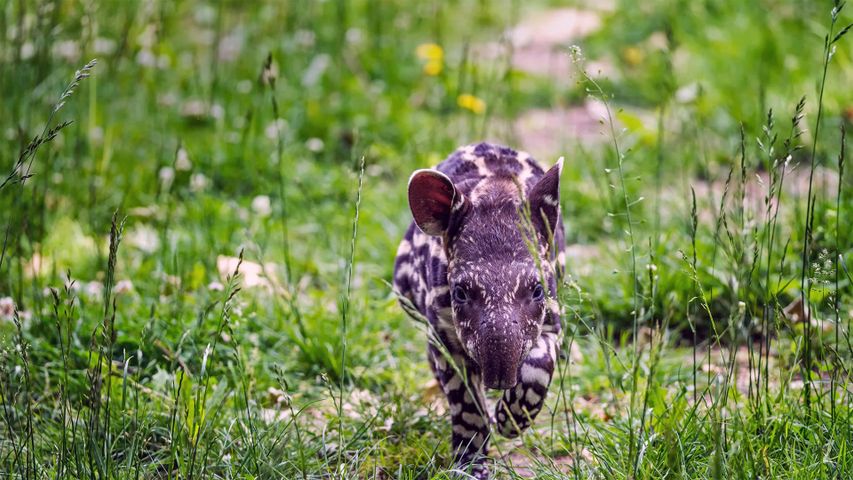 That's quite a schnoz, baby tapir

For World Tapir Day, we're bringing you nose-to-nose with a baby South American tapir. The creamy stripes and dashes on its coat help keep this endangered calf camouflaged under the filtered light of the Amazon tree canopy. It may look small now, but mature tapirs are the largest native mammals in South America. About that nose: Tapirs use their prehensile nose trunk to grab plants and berries. And if they submerge under the surface of the water, some even use it as a snorkel.

We're observing World Tapir Day to highlight the need to protect these animals and the land where they live. As development encroaches into areas tapirs inhabit, their populations—along with those of other species—are put at greater risk.