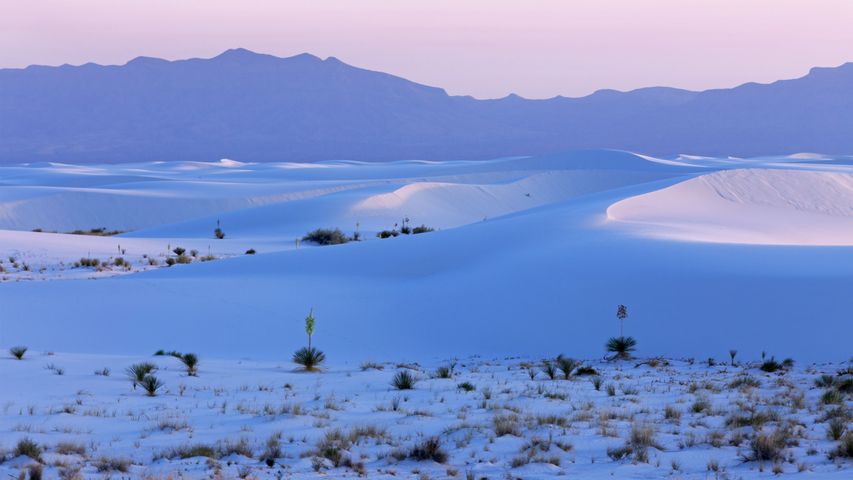 If today 's photo evokes some chilly feelings inside of you, surprise! That's not snow, but part of the largest gypsum dune field on the planet. We're at White Sands National Park in New Mexico, which was first established as a monument on this date in 1933 and then became a national park in 2019. Roughly 4.5 billion tons of gypsum sand has massed in the Tularosa Basin over the past 12,000 years, having worn off the surrounding mountains. Thousands of species live in the park, many of which have evolved to have white coloration, allowing them to blend into the environment.