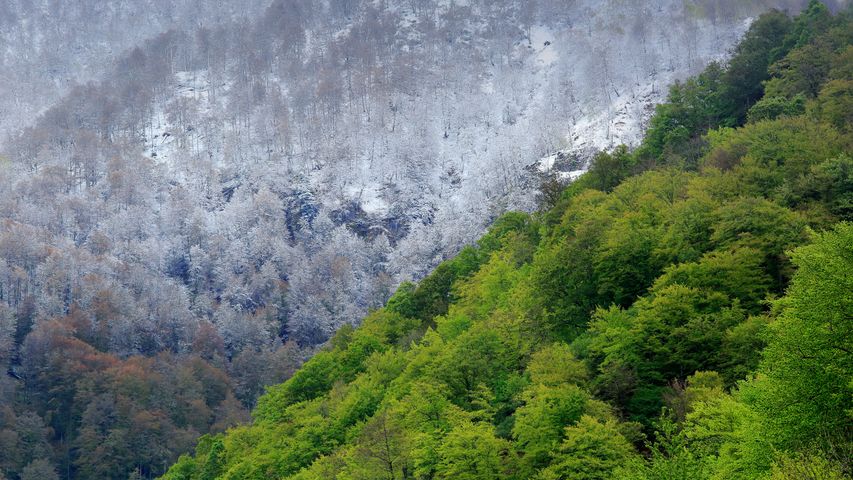 The Muniellos Nature Reserve is one of Spain's best-preserved forests of Quercus robur, otherwise known as common oak, European oak, or English oak. The 13,560-acre reserve in the Asturias also includes sessile oaks, seen in our photo alongside beech trees. In the 1970s logging was banned in the reserve. Soon after hunting was also banned. Today, even human access to this UNESCO-designated biosphere is carefully controlled.

In 2000, UNESCO declared Muniellos one of its networks of biosphere reserves (now numbering more than 650 across the planet), and its reputation began to grow, thanks to its pristine nature and the variety of its flora. There's a visitor center, and that's about as far as most tourists are allowed. We're just glad we have photos of this incredible forest.

A Brandt's cormorant hunts for a meal in a school of Pacific mackerel beneath an oil rig off the coast of Los Angeles, California, USA