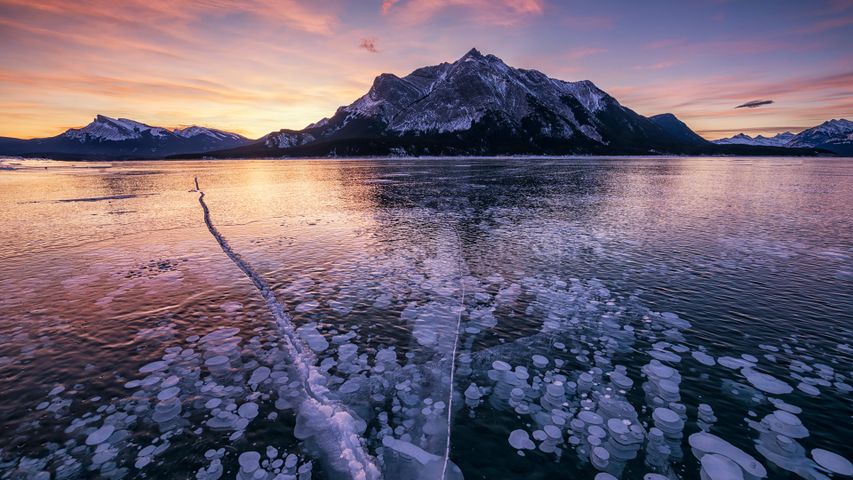 Isn’t it the perfect picture for this season? Well, you are looking at the breathtakingly scenic Mount Michener, which resides on the shore of Abraham Lake in Alberta, Canada. It is a mountain situated on the eastern border of the Canadian Rockies and is 8,350 ft (about 2.55 km) high. It is said that there are limestone caves in this mountain but there is no evidence to back it up. Mount Michener was previously known as Eye Opener Mountain and also Phoebe’s Teat. The mountain gets its present name from Daniel Roland Michener who was known to be the Governor General of Canada from 1967 - 1974. You can catch a glimpse of it while driving across the David Thompson Highway