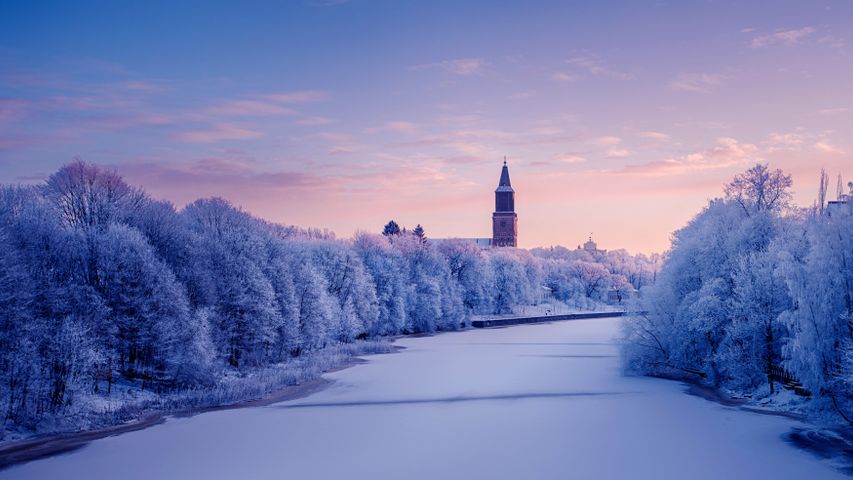 The Aura River fearlessly flows through the south-western part of Finland. The brown river consists of eleven rapids. The amazing part of it all is that the Aura River is the one that fills up the tap water reserve for the Turku region. The Turku Cathedral, one of the many tourist attractions in Turku, rises above the frosted forests near the mouth of the Aura River. Originally built out of wood in the late 13th century, the cathedral was expanded in the 14th and 15th centuries, mainly using stone as construction material. This would prove wise as the Great Fire of Turku consumed much of the city in 1827 and badly damaged the cathedral. It was rebuilt over the next few years and now stands tall spreading around its vintage charm.

Composite photo of Kolams during Pongal