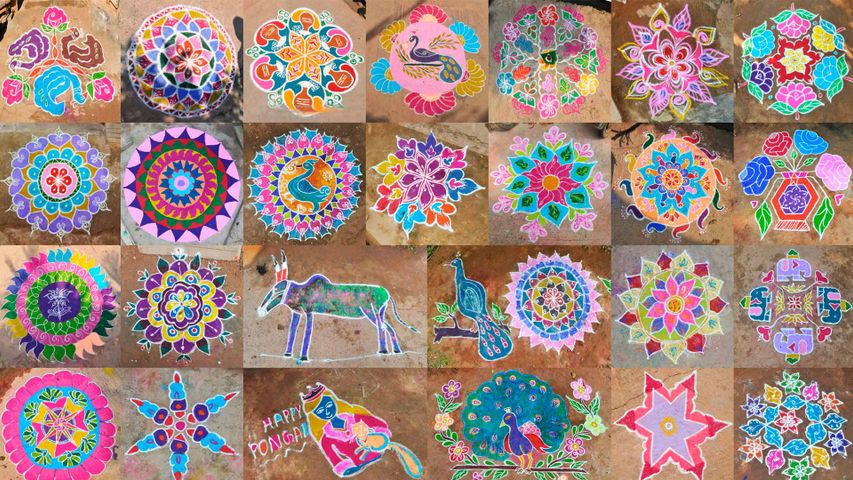 Composite photo of Kolams during Pongal

Come Pongal festival and you can see coloured ‘Kolam’ designs in front of homes and offices in south India. While the Kolam is common throughout the year, it is of special significance during Pongal. Families traditionally get together to make the Kolam with rice flour which birds and insects can later feed on, which is symbolic of mankind’s concern for all living things. Historically, the Kolam dates back to the Indus Valley Civilization (some 2500 BC).