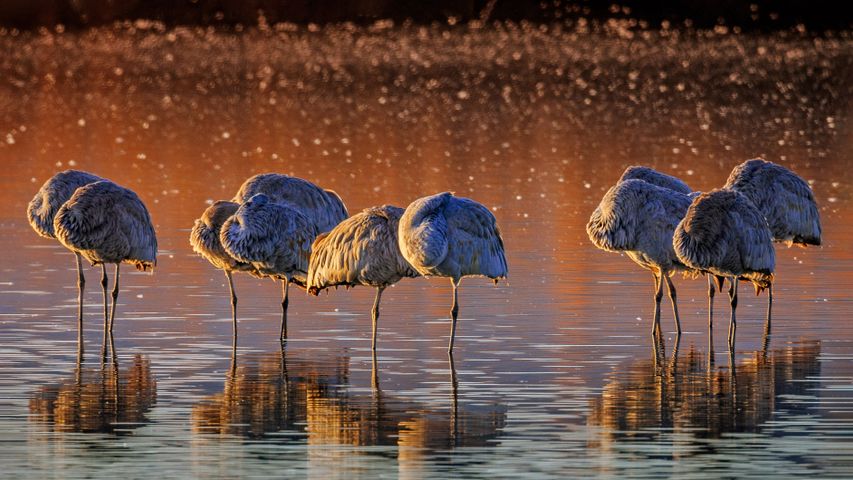 Migrating is tiring work! These sandhill cranes are asleep while standing in the waters of the Bosque del Apache National Wildlife Refuge in southern New Mexico in the United States. The birds start arriving around the end of October each year, and as many as 10,000 of them will stay to rest and feed in local fields until February. What’s on the menu? Well, sandhill cranes aren’t picky; they’ll eat whatever’s available, from plants and grains, to insects, snails and even snakes. And they have plenty of avian company at this beautiful refuge each winter – whooping cranes, ducks and snow geese from as far away as Alaska and Siberia also choose Bosque del Apache as a favourite resting spot before travelling north to their breeding grounds when the days get warmer. Thankfully, there’s plenty of room at the 23,000-hectare refuge.