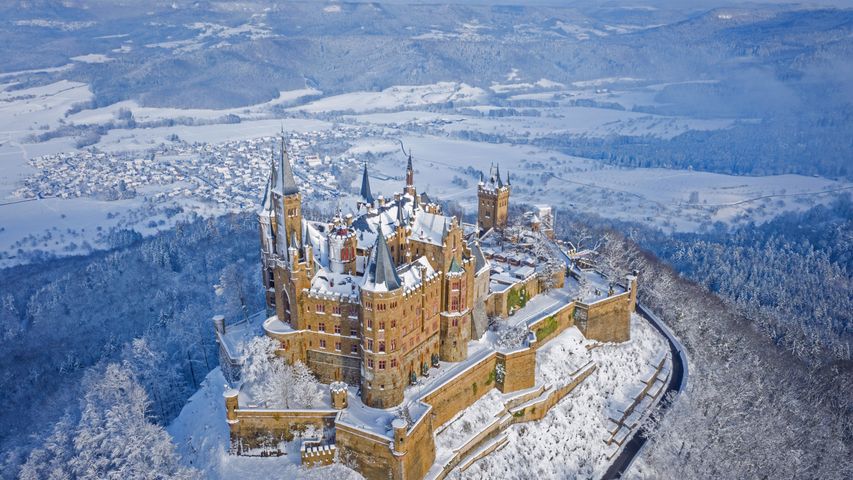 The charming Hohenzollern Castle, constructed on the top of Hohenzollern Mountain in the 11th century, has had a tumultuous history. The castle was largely ruined by a 10-month siege in 1423, only to be rebuilt a few decades later. It then served as an important strategic stronghold before again falling into disrepair. In the 19th century, King Frederick William IV of Prussia, best remembered for his commitment to building great works across Germany, had a new castle built on the grounds, replacing almost all of the 15th-century construction. Today, Hohenzollern Castle is an open-air museum that hosts more than 350,000 visitors per year, making it one of the most visited castles in Germany.