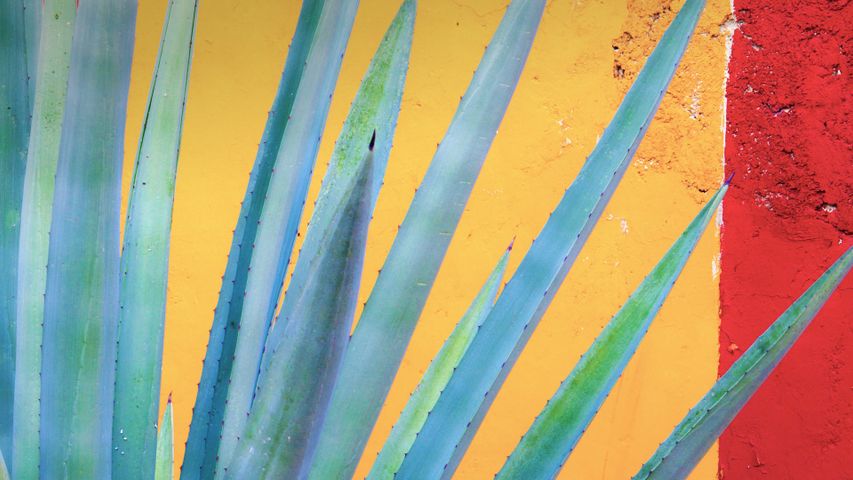 Those broad, succulent leaves of Agave fourcroydes yield the henequen fibers that give the plant its common name. They’ve been used to make textiles, rope, and twine since pre-Columbian times. Henequen is also the source of another product: it’s the main ingredient of licor del henequén, an alcoholic beverage similar to tequila (which is made from the blue agave). It’s distilled here on the Yucatán Peninsula and in nearby areas where henequen is farmed.