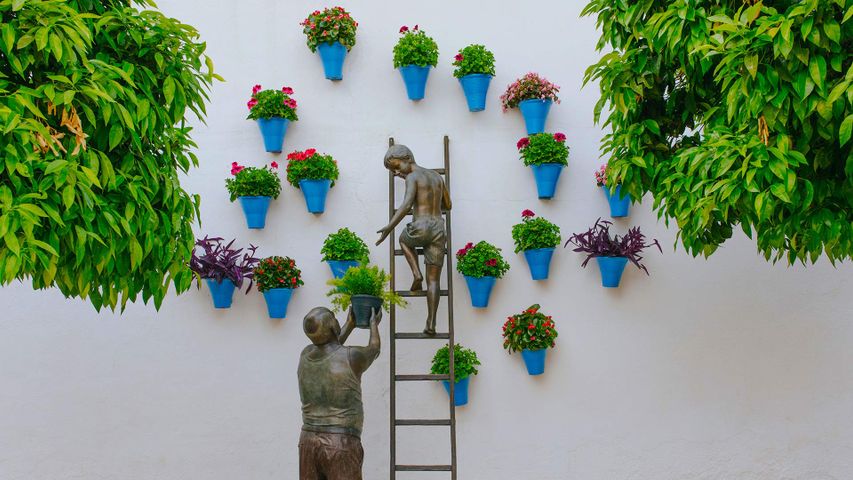 A courtyard scene from Spain

For centuries people have lavishly decorated the courtyards of Córdoba, in southern Spain's Andalusia region. Here in the San Basilio neighborhood of the city’s old town, the densely packed whitewashed houses look out onto courtyards and patios embellished by hanging flowerpots and trailing plants. The sculpture on today’s homepage, by artist José Manuel Belmonte, pays homage to the caretakers who pass along the tradition.

Córdoba has a rich cultural history, beginning with its establishment as a Roman settlement in the 2nd century BCE. The city later flourished under a series of Muslim conquests, growing into an opulent center of commerce and higher education, one of the most prominent cities of Europe. It returned to Christian rule in 1236, during the Reconquista. Among many treasured sites here is the Mosque-Cathedral of Córdoba, an Islamic mosque that was converted to a cathedral, yet remains a shining example of Moorish architecture.