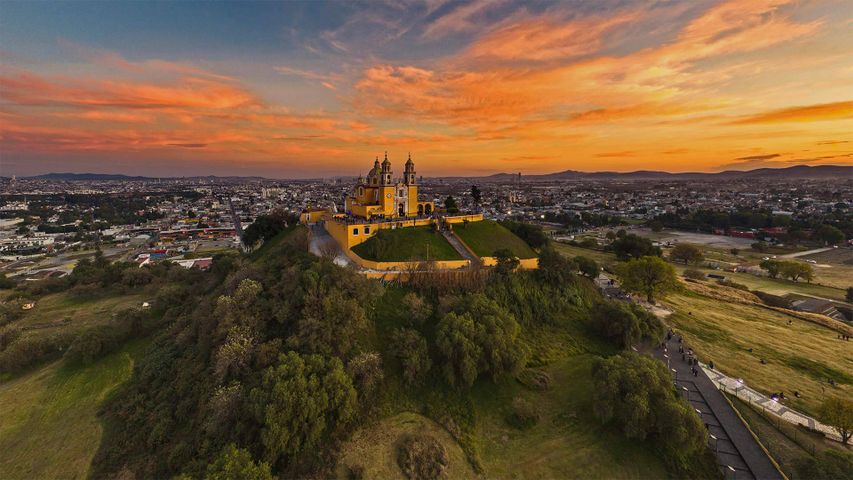 The church we see on the grassy hill was built after Hernan Cortez and his Spanish army conquered Cholula one October day in 1519. The Spanish ravaged the Aztec holy city that day, murdering 10% of its population and burning down the many pyramids that dotted the area. But just underneath this church, buried for centuries, lay an ancient secret never discovered by the Spanish. It's the largest pyramid in the world, the Great Pyramid of Cholula, so large its enormous base would span several Olympic-sized swimming pools.

It's apt then, that we visit this holy area on Cinco de Mayo. Just 20 miles away near the city of Puebla, on May 5, 1862, another battle was waged, this time by the Mexicans against French invaders. By some miracle, the vastly outnumbered and outarmed Mexicans won the Battle of Puebla. And so today, we in the United States join those in this part of Mexico to celebrate a win over would-be conquerors.