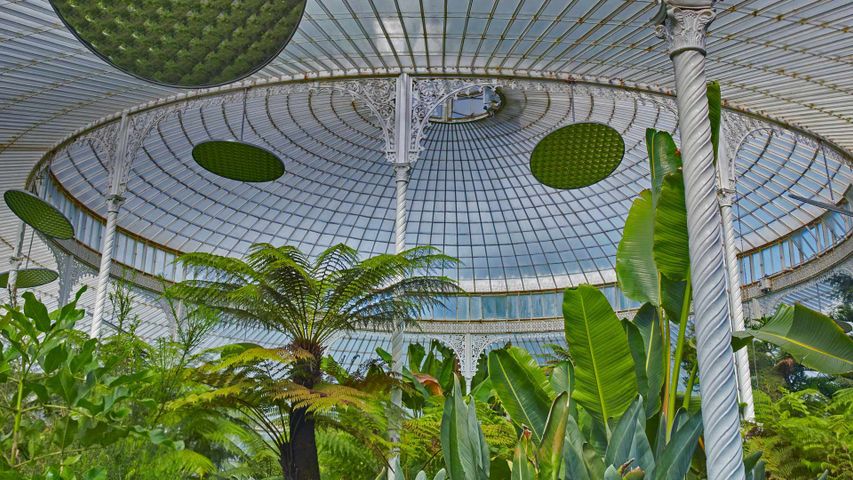 Even on a chilly day in Glasgow, temperatures in the Kibble Palace are warm enough to keep the plants inside green and healthy. The ornate iron-framed conservatory was built in 1865 by Joseph Kibble, an inventor and engineer, at his estate on Long Loch. It was later moved to the Glasgow Botanic Gardens in the city’s West End, where the Kibble Palace opened in 1873 as a venue for music performances and public lectures. A few years later it was converted to a greenhouse, which it’s been ever since, housing temperate plants from around the world. Resting amidst the greenery, a collection of classical white marble statues strike an air of quiet repose.