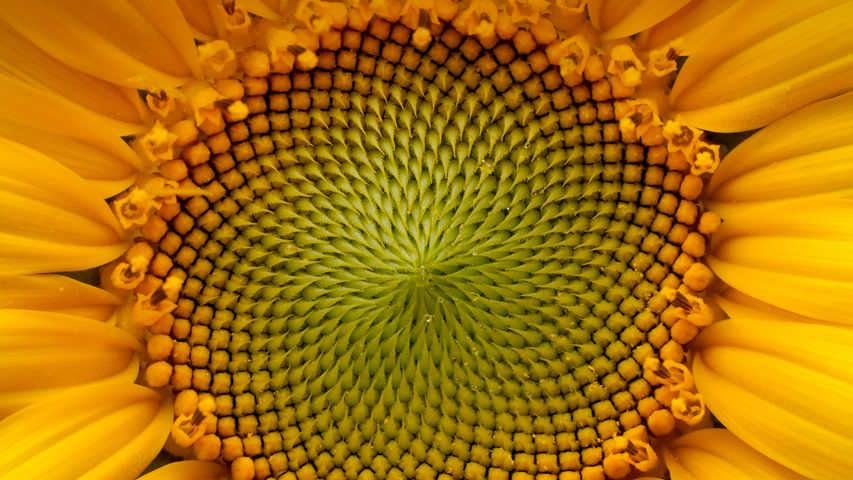 The sunflower is an eye-catcher, growing to the sky and reminding us of summer no matter the time of year. Helianthus annuus is native to the Americas, and its flowering head consists of more tiny flowers that mature into seeds that get eaten around the world. Sunflowers are not only pretty, they're tall. Guinness World Records lists the tallest sunflower at 9.17 metres, grown in Germany by Hans-Peter Schiffer. The average sunflower is between 1.5 to 3 metres tall, though there are giant and dwarf varieties too.

But did you know that sunflowers also bring one of nature's mathematical wonders to life? The sunflower displays its seeds in two seed spirals that twist and curve in opposite directions, fanning out from the centre to the golden petals. If you mapped either of those spirals on a graph, they would closely follow the Fibonacci sequence (1, 1, 2, 3, 5, 8, 13, 21…), where you add a number to the one before it to get the next number. While the famous spiral formula is attributed to Fibonacci, the 13th-century Italian math whiz, scholars in India described the sequence centuries before him – and they probably weren't the first to figure it out either.