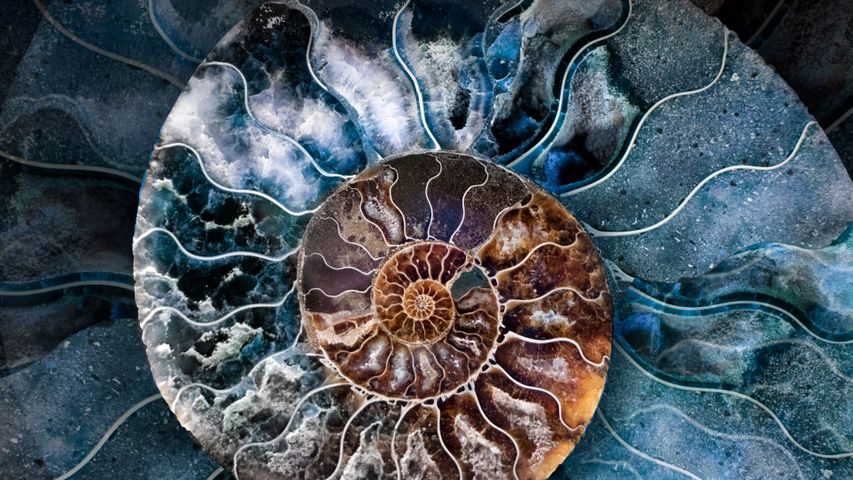 Today, we’re looking at the fossil of an ammonite shell. Ammonites were cephalopods that first appeared in the seas about 400 million years ago. The fossilised remains of these ocean-dwelling molluscs were given the name “snakestones” in England because they were thought to resemble coiled-up snakes. They died out about 66 million years ago, when they became extinct along with dinosaurs. Fossils of them are found all around the world – scientists have identified more than 10,000 ammonite species.