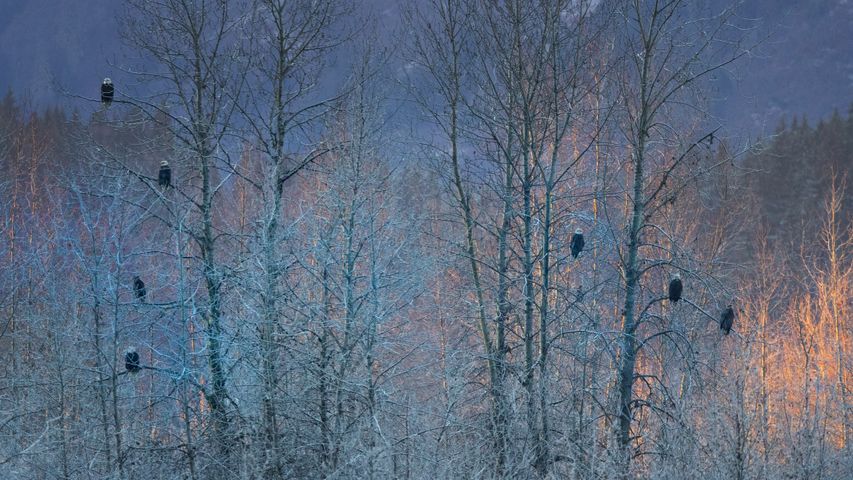 Each October and November as many as 4,000 bald eagles descend on Chilkat Bald Eagle Preserve, a 195,000-hectare state park and wildlife refuge a few kilometres north of Haines, Alaska, to feed on the late run of chum and coho salmon that have died shortly after spawning in the Chilkat River. It’s a feast for birds and birders alike, as the raptors enjoy a never-ending supply of tasty fish. It’s the largest congregation of eagles in the world, and as such is celebrated by the Alaska Bald Eagle Festival which takes place during the second week of November. The event features live raptor demonstrations, educational programs, guided hikes and live music.