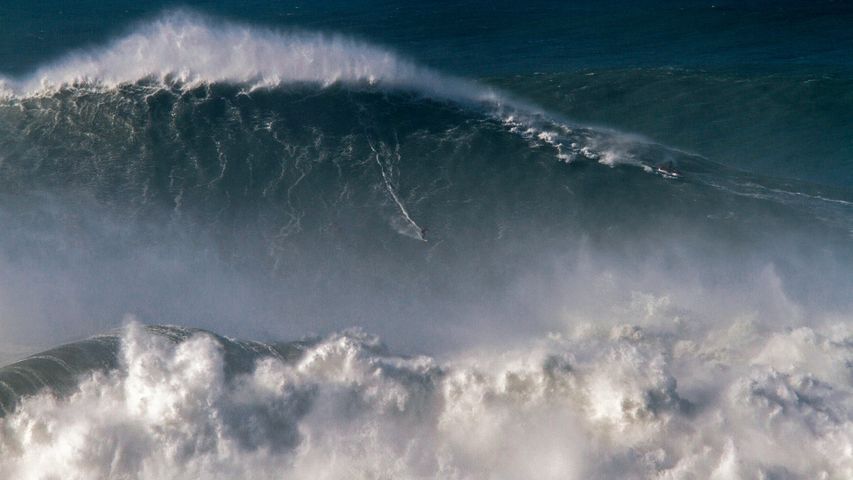 Today's image captures Brazilian surfer Rodrigo Koxa in action, surfing a record 24-metre wave off the coast of Nazaré, Portugal. Nazaré began attracting surfers to the area in the 1960s and has since become a major destination for men and women who want to surf some of the world's biggest waves. Nazaré's Praia do Norte (North Beach) is the site of the two latest records for largest wave ever surfed. The previous record was set by American Garrett McNamara on November 1, 2011, when he rode a 23-metre wave here. Then, on November 8, 2017, Koxa set a new record with this ride.