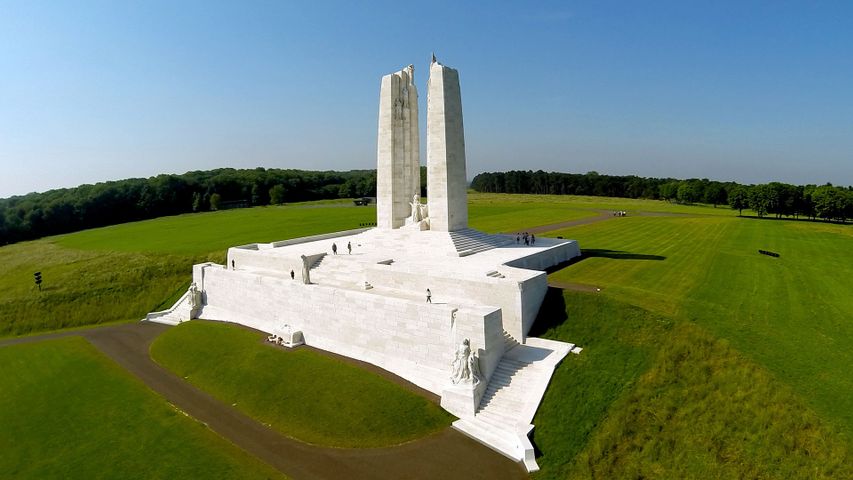 Lest we forget. Remembrance Day

The Canadian National Vimy Memorial is situated 175 kilometres north of Paris, in Vimy Ridge. It honours 11,285 Canadian soldiers who sacrificed their lives in the battle of Vimy Ridge during the First World War. This iconic memorial was designed by renowned architect Walter Allward. It took 11 years to complete and was officially unveiled in 1936 by King Edward VIII. If you look closely at the memorial, you’ll notice two columns and a figurine. The columns symbolize the friendship between Canada and France and the figurine represents Canada mourning her fallen sons. Today, we remember and salute all heroic Canadians who have served Canada and the world through times of war, conflict, and peace.

Poppies sit by names on a memorial wall during Remembrance Day in Kingston, Ont.