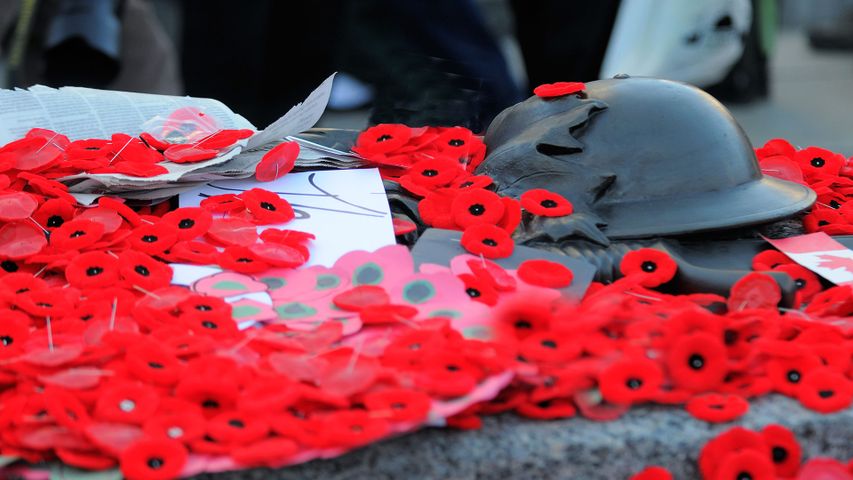 Today, we honour the brave men and women who have served our country and the world through times of war, military conflict and peace. Pictured here is The Tomb of the Unknown Soldier at the National War Memorial in Ottawa. As the title suggests, this tomb contains remains of an unknown soldier from a cemetery around Vimy Ridge in France and was added to the memorial in November 2014. Originally, the National War Memorial was built to remember the sacrifices made in the First World War. In 1925, a competition was organized to design the memorial. It was aimed at artists and architects from the British Empire. Vernon March from England won the competition and designed the bronze figures seen rising through the archway. Overtime, the National War Memorial has been rededicated to honour all who have served Canada during wartime.

Poppies sit by names on a memorial wall during Remembrance Day in Kingston, Ont.