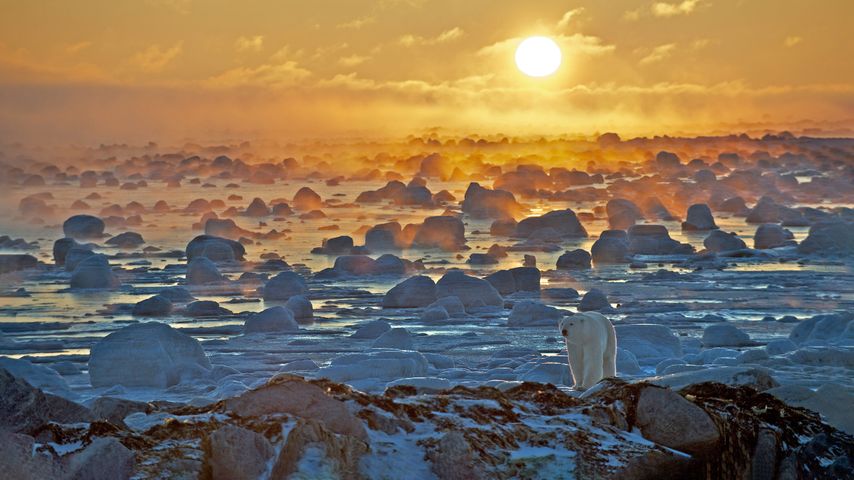 The largest carnivore on land roams the icy north. Polar bears like this one spend much of their lives on sea ice rather than terra firma, stalking their favourite prey: seals. Superbly insulated against the cold, polar bears are uniquely suited for life on the ice – so they're especially vulnerable to a warming planet. Their plight is the focus of Polar Bear Week, observed the first week of every November, bringing attention to these creatures who live far out of sight of most humans.

Polar bears live in portions of Greenland, Norway, Russia, Alaska, and Canada. Most of Canada's polar bears live near the vast Hudson Bay, seen here near the delta of the Seal River. As summer ends, hungry bears who have been living on fat reserves for months gather on the shores of Hudson Bay, waiting for the ice to form so they can return to the hunt. Due to climate change, the ice-free period of summer has grown longer, cutting short the bears' hunting season and making human-bear encounters more likely. And while the latter may seem like good news for bear watchers, these maritime beasts are best viewed from afar.