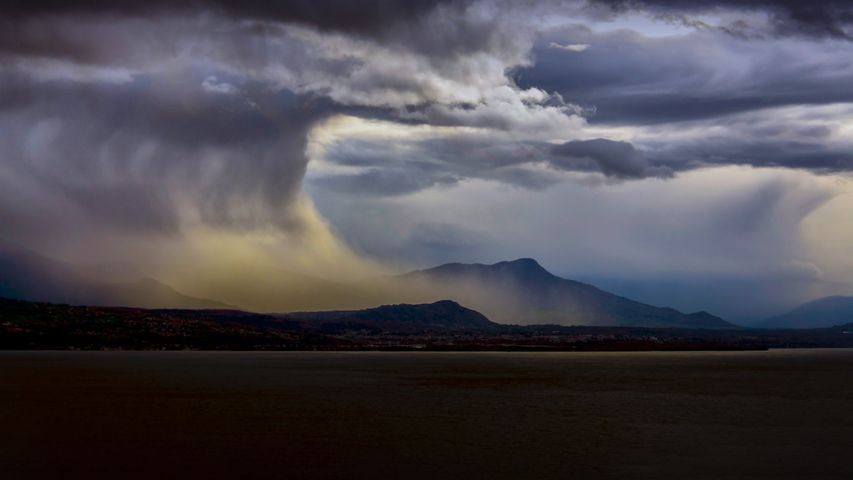 Covering an area of 580 square kilometres, Lake Geneva is one of the largest lakes in Western Europe and the largest on the river Rhône, which feeds it. Located in the northern Alps on the border between France and Switzerland, this deep, crescent-shaped lake has been inspiring artists for centuries. Classical Latin writers referred to the lake as Lacus Lemanus, and from the 18th century onwards the lake was referred to by its French name Lac Léman, which is still in use to this day, though it is commonly known in English as Lake Geneva.

The eastern end of the lake is characterised by Alpine slopes, while on the northern shore the landscape transforms to vine-covered slopes dotted with castles. With such a varied landscape and changeable weather, like today’s view of these ominous storm clouds, its no wonder Lake Geneva has been such an important muse for creatives. In fact, Mary Shelley concocted the idea for her 1818 novel Frankenstein here after an unusually cold and wet summer in 1816.