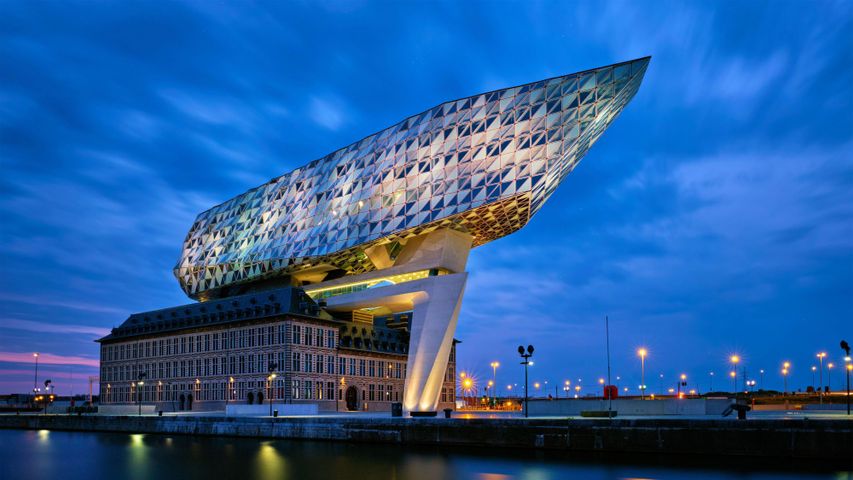 A future built on the past. World Architecture Day

In Belgium's largest city, the Antwerp Port Authority is housed in a century-old building that sports a gleaming new addition. The update to the building, known as the Port House, was the vision that Zaha Hadid created with her team at Zaha Hadid Architects, which won a 2009 competition to build the new structure around a 1911 firehouse. Work was completed in 2016, the same year the famed architect died. The expansion is intended to resemble the hull of a sailing ship with a protruding bow glimmering with diamonds, recalling Antwerp's longtime trade in precious stones.

Today we celebrate World Architecture Day and its 2022 theme of 'Architecture for well-being.' Architecture that preserves historic buildings by combining them with modern structures is becoming more prevalent as cities seek to retain the spirit of their earlier incarnations while creating new, modern spaces and never-before-seen constructions. Some famous examples of this style include the Brooklyn Museum in New York City, the Museum of Military History in Dresden, Germany, and another Hadid design, St. Antony's College in Oxford, England.