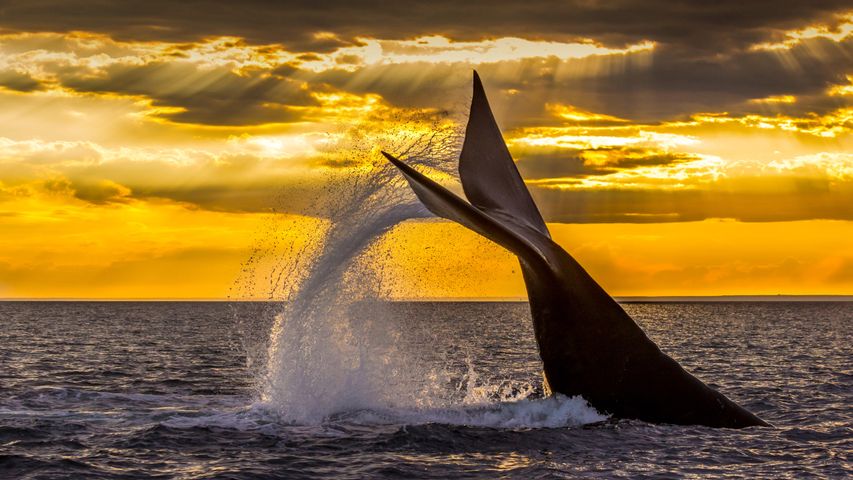 The end of September in the Southern Hemisphere means warming weather and the nearing of summer. For southern right whales like this one off the coast of Argentina, it's time to migrate southward toward Antarctica and rich feeding grounds. Southern right whales are a subspecies of right whale that inhabit the oceans below the equator. They feed on krill at the surface of the water, holding their mouths open as they swim through clouds of the tiny crustaceans.