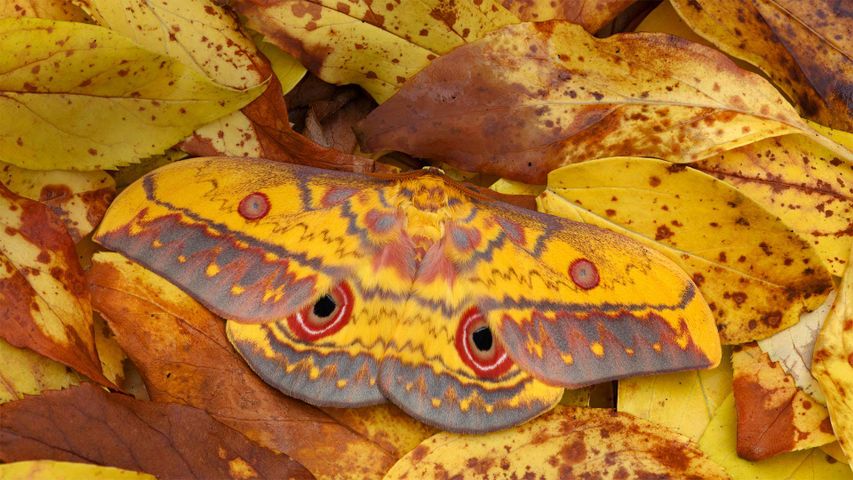 All eyes on moths

Quick! Can you find this moth's head? If the markings on the wings distracted you for a second, score an evolutionary victory for this saturniid moth resting in Mole National Park in Ghana. It's thought that moths, butterflies, and other creatures use this crafty form of mimicry, called eyespots, to either intimidate predators or draw them to attack less vulnerable parts of the body.

Eyespots are common among the Saturniidae family of moths. This family comprises a group of more than 2,000 species—including the moth on our homepage—as well as some giants of the moth world, like the emperor, royal, and atlas moths.