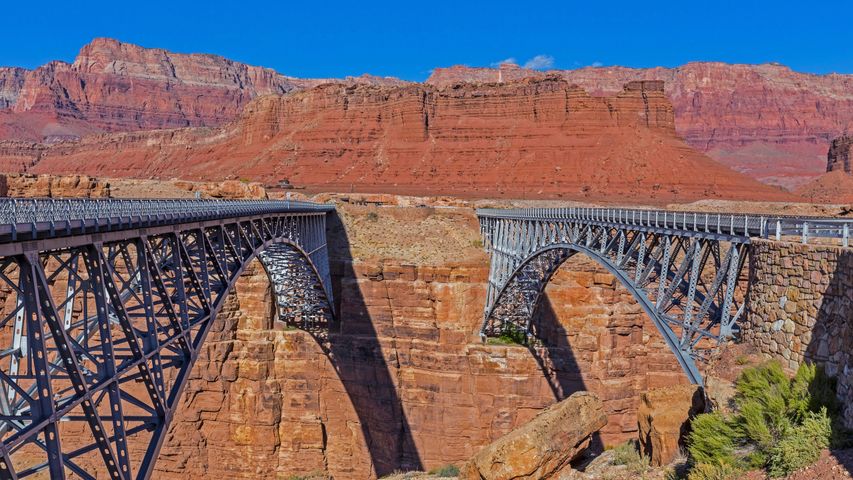 Today we're taking a trip to a part of northern Arizona cut off from the rest of the state by the Colorado River and its deep canyons. No doubt you've heard of the Grand Canyon, but today is an important milestone to another canyon about 110 kilometres away. On this date in 1995, the twin Marble Canyon bridges, better known collectively as Navajo Bridge, were officially dedicated as the second bridge was installed.

The first, in place since 1929 when it was hailed as a 'modern marvel' and 'the biggest news in Southwest history,' had long been key to travel across the 254-metre gap of Marble Canyon. But as time passed, the area saw heavier vehicles and more traffic. After much debate about the impact on Native land and endangered plants, and the likelihood of debris falling into the river below, plans were developed for the $19 million, nearly identical second bridge. Now, Marble Canyon (which the geologically inclined may notice is largely limestone, not marble) has two bridges, each about 143 metres over the Colorado River. The original serves as a path for humans and horses while the new bridge carries vehicles. Both bridges hold the title of ninth-highest in the United States (though the newer one is about three one metre higher).